I’d been hearing good things about various types of battery packs recently, quantum, etc. Being the diy enthuasist (cheapskate) that I am, I thought that I’d research building an external battery pack for my strobes. These usually take the form of a 12v battery pack which connects into the external port of the flash (Canon’s, in my case), reducing recycle time, and giving longer battery life, depending on the type of battery used. I looked initially at the Canon pack, which takes 6 AA batteries. These come in at well over €100. I had a look around on Flickr and other sources, but nowhere could I find a circuit that would feed this external port on my Canon flashes. 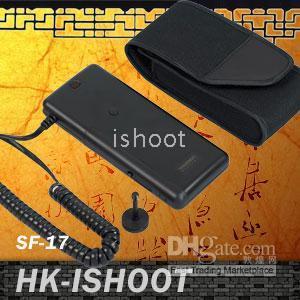 Anyway, I had a look on eBay for some canon knock-offs, and I spotted an “iShoot” model for €23 (incl shipping from Hong Kong), which takes 8 AA batteries,  so I ordered one. It duly arrived, but unfortunately  it was DOA. The LED on the unit would not illuminate, and I saw no change in the recharge time of the flash. I contacted the seller, and he was really great about it. He said that the shipping back to Hong Kong  was quite expensive, so I could keep the faulty unit, and he would ship me out a replacement. That arrived about a week later.

Better this time. Upon plugging it in to the flash, and powering the flash on, the LED lit up on the battery pack. With fully charged NiMH AA’s, I was now getting recycle times of just under 3 seconds with the flash set to full power.

I had a look at the internals of the faulty unit, and with the complexity of the circuit board I was looking at, there was no way I would be able to replicate that in a DIY fashion. So the easiest thing for me to do was to just simply order one pack for each of my flashes. At €23, that’s not too expensive, and certainly a lot cheaper than the Canon units. I used this unit over the weekend, and popped off several hundred shots at 1/4 power, and was still getting very fast recycle times. I’m definitely going to order more of these units for my next strobist shoot.