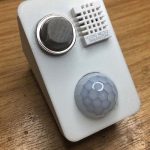 I’ve recently been playing a lot with temperature humidity sensors, and a little bit with smoke gas sensors and PIRs (motion sensors), as well as WeMos D1 Mini ESP8266 based MCUs.

The story starts with my PIR’s. They happened to be just hanging from the corners of the room with no enclosures, which were kinda ugly, so I first designed a 3D printed enclosure for them. 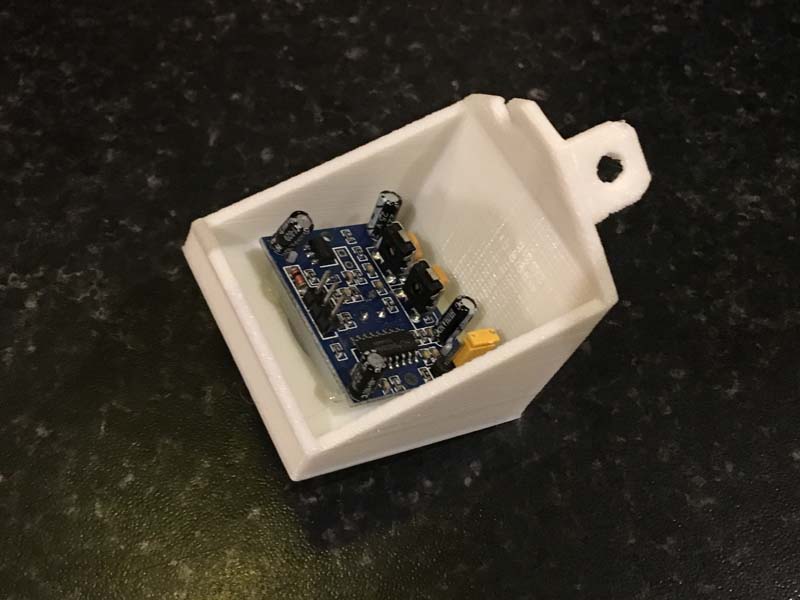 It’s designed in a way to fit snugly into the corner of a room, right where most of the alarm wires drop. 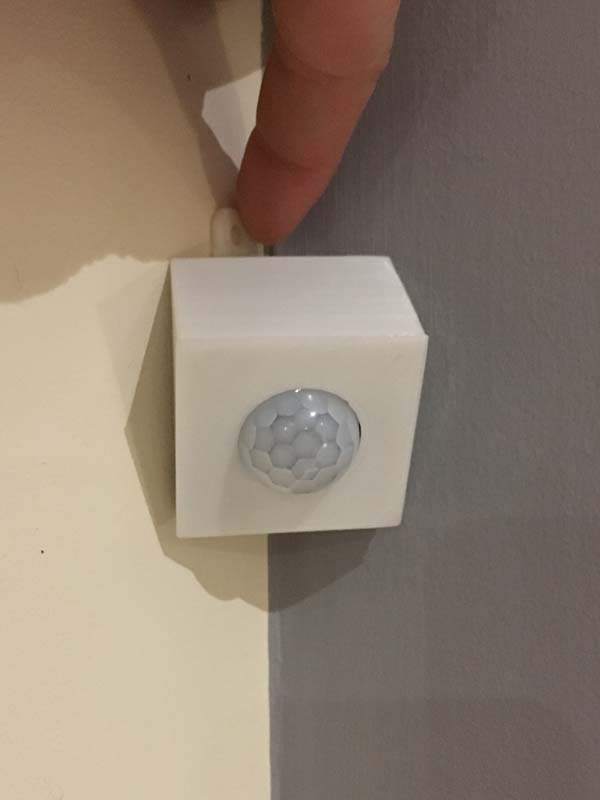 I was kinda pleased with this, so I decided to take it a step further, by adding an all in one solution, including Smoke/gas, Temperature/Humidity and motion sensing all in one unit. I initially though this was a neat idea, since I could have one box giving me all this information. Here’s the 3D design for the enclosure: 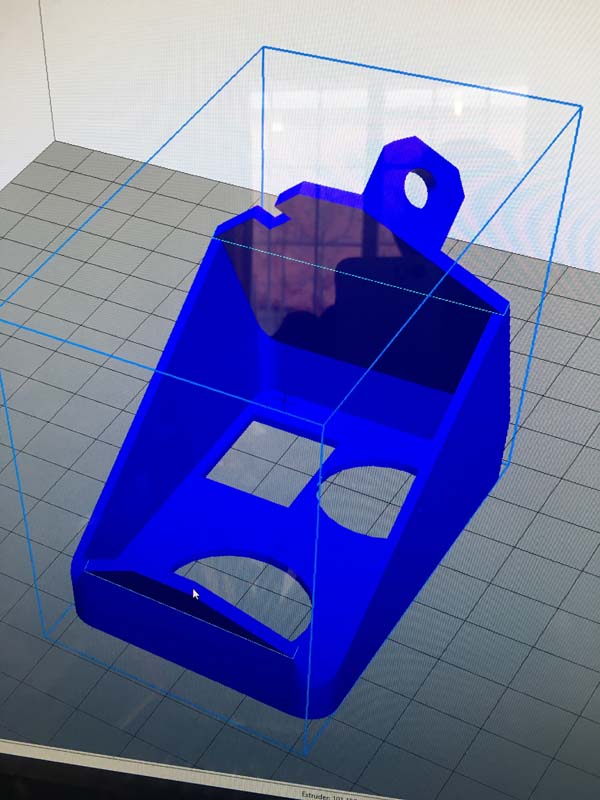 and the resulting print: 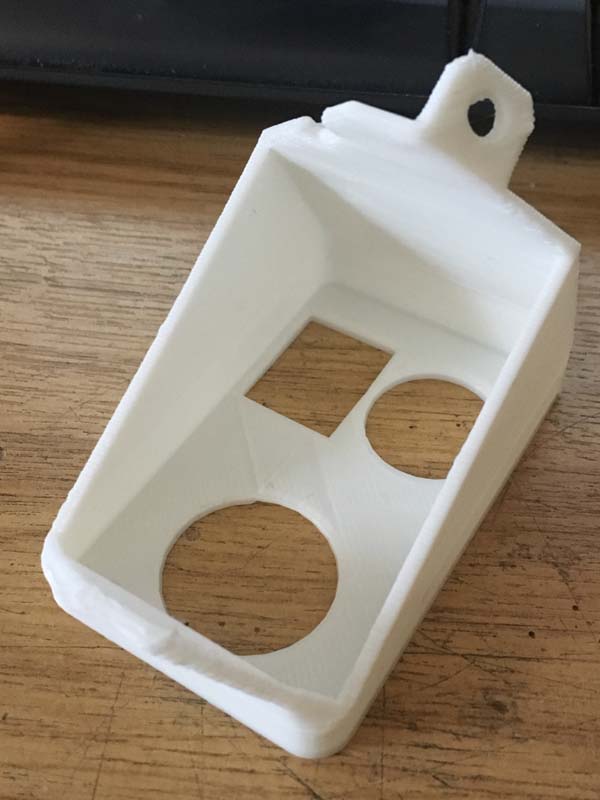 So, all of the components were then added using a dab of hot glue to keep them in place: 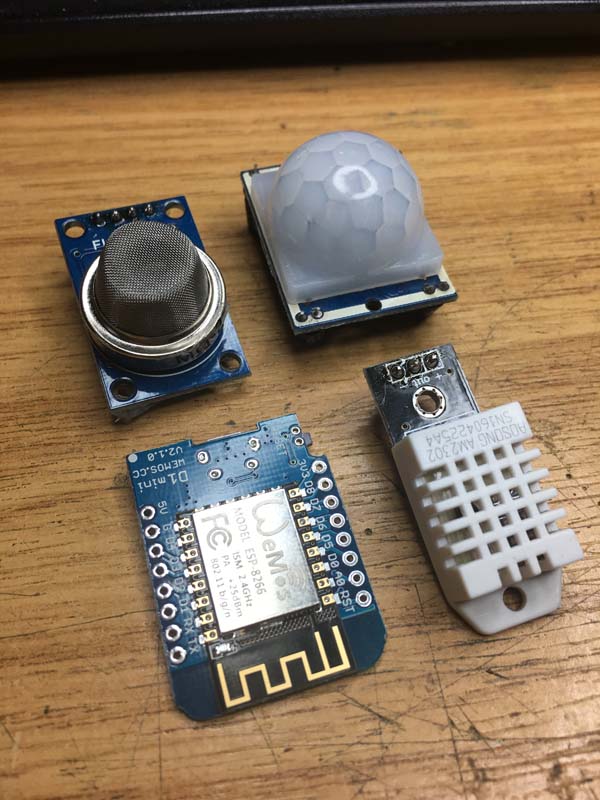 There’s also a shield in there fro the D1 Mini to allow easier connection of the various sensors. 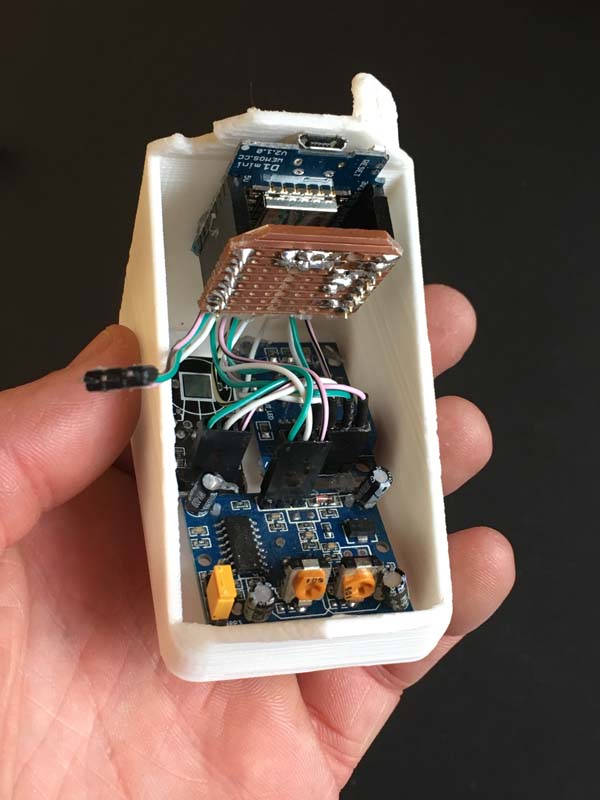 which resulted in a rather neat looking unit, although kinda unusual. 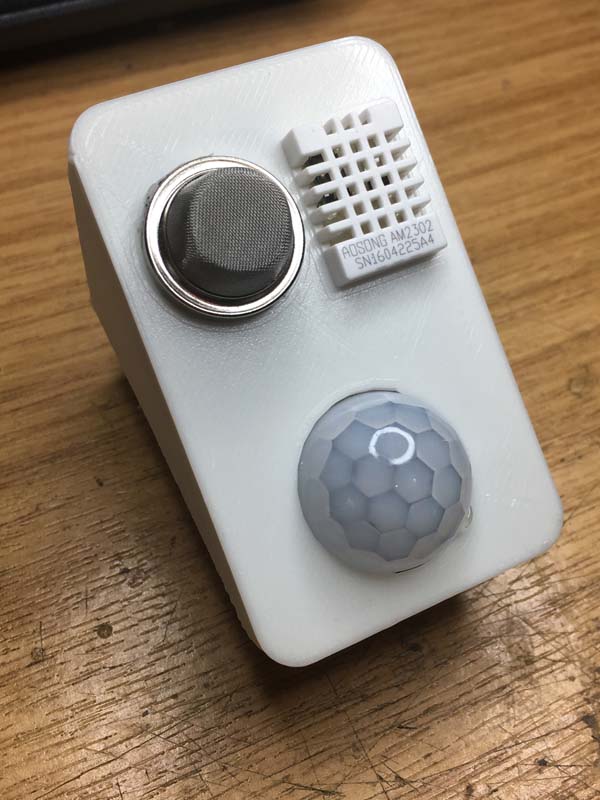 I then loaded the sketch mounted this in one of the room corners, and started the measurement. 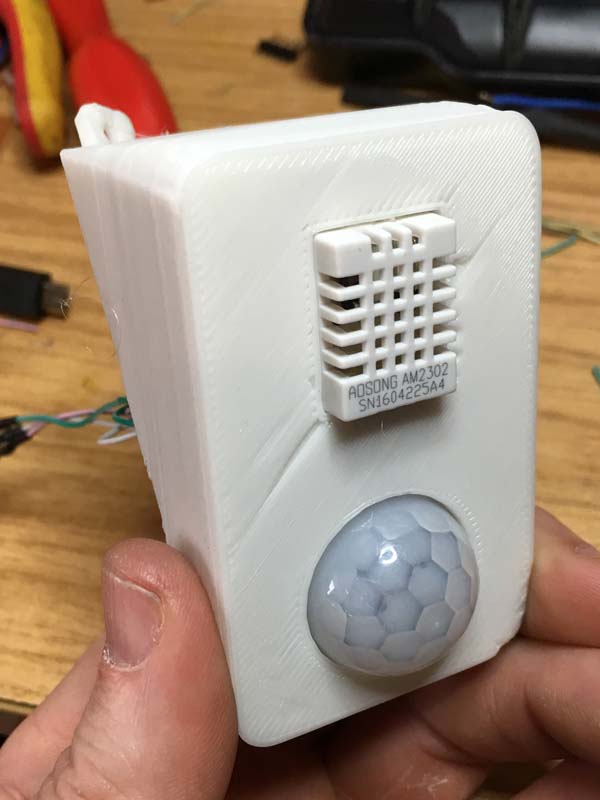 Which is now mounted in one of the rooms. 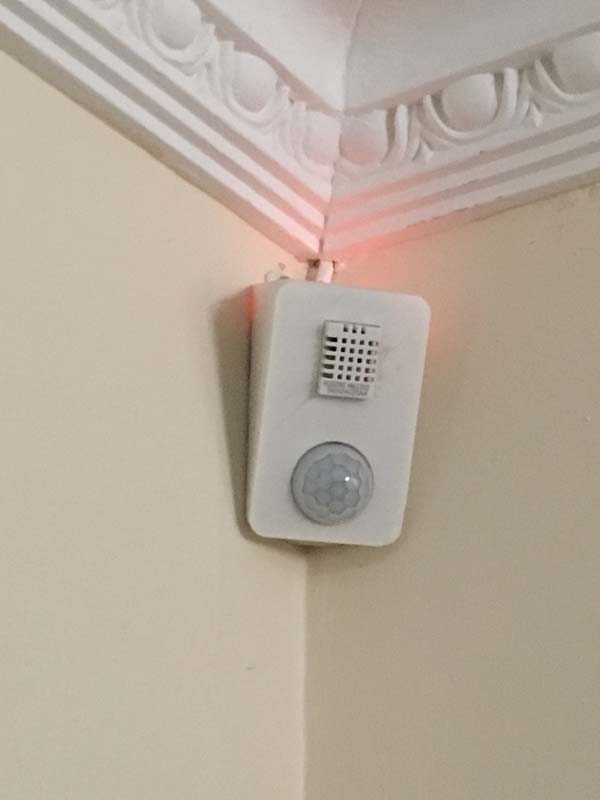 The wire you can see coming down into the unit is the 6-core cable from the alarm panel, so it has 5V already coming to that location, which I use to power the WeMos D1 Mini MCU board. The sketch on the D1 Mini is sending a JSON message via MQTT to my EmonCMS system (running on an AAEON Up Board, an Intel® Atom™ x5 Z8350 64 bit CPU base single board computer, the centre of my Home Automation) every minute. Working nicely, although I need to find a better location for the temperature sensor, as having it close to the ceiling is also not such a good idea. It would probably be better at head height in a room to give a more relevant temperature measurement of what the room feels like, and whether it needs heating or not.

So, the two key things to take from this: