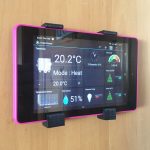 I got a Kindle Fire HD6 for a really great price from Amazon.co.uk on Black Friday, which I’m using as a  console for my Home Automation system. I though it’d be nice to have it mounted in a convenient location in the house. In this article I describe the design of a 3D-Printed wall mount for it, and I even supply the STL file as an attachment so you can print it yourself!

I wanted something that was quick to print, and something that I could mount and unmount the tablet quickly if any of the family wanted to use it for something other can Home Automation (as long as they put it back when they were finished. So I after a few iterations and test prints, I ended up with this design, done using SketchUp: 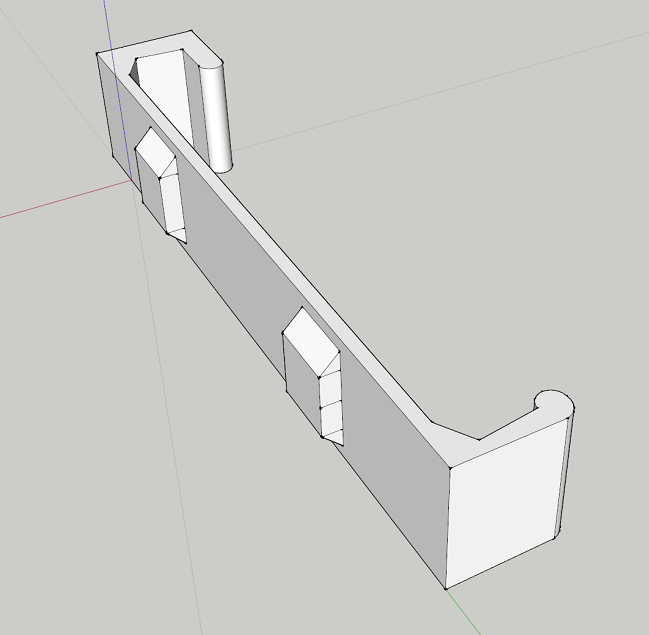 It had a hook at the bottom of placing the tablet into, and a clip at the top so that when it was pressed into place, it would click into position, with no risk of it falling out. I put a couple of thicker sections on the back for two reasons. One, the screws needed to be flush so as not to scratch the tablet, and two, to give the mount some additional flexibility when clicking in and out the tablet. If the mount was flush against the wall, all the flex would have to be at the top arm, but this way the whole mount can flex, making it easier to insert/remove the tablet.

Here’s the print ready to go in the Repetier Host 3D Printing Application. 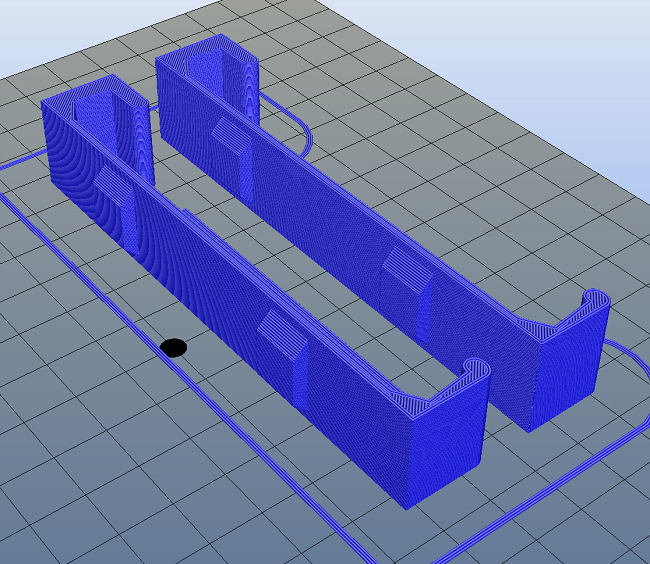 I printed two at at time, as I wanted to get going with the actual mounting as soon as it was done. Impatience, eh? 🙂

Next step was to drill the two holes in each mount, I decided this was probably quicker than leaving the holes in the 3D print, as the extra detail would have slowed down the print. Once the holes were drilled, I mounted them in the desired location in the house. 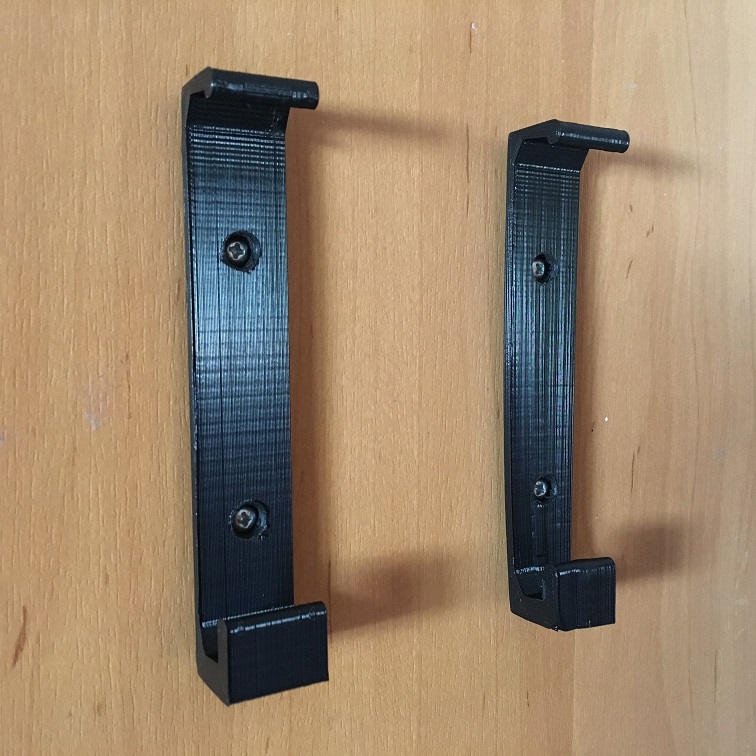 And then mounted the tablet: 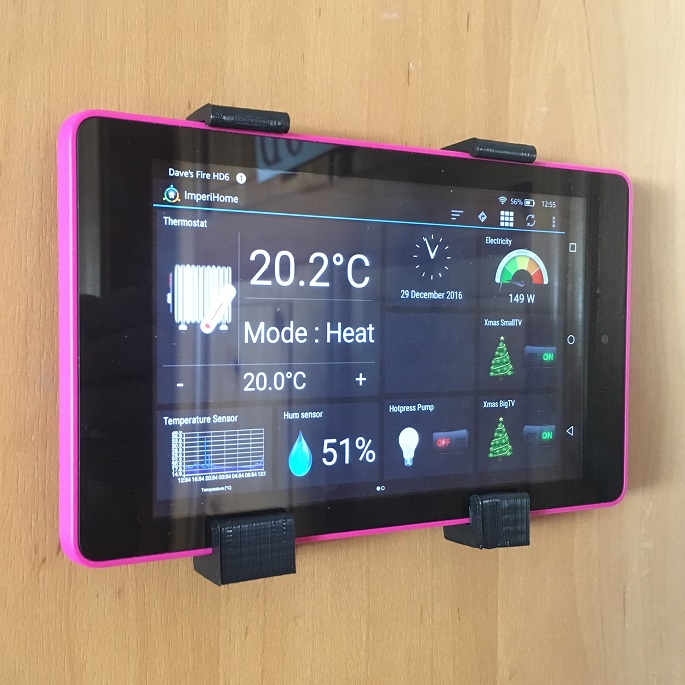 There is a very satisfying “click” when it’s mounted, and it’s very easy to unmount. It’s so snug, I can even press the sleep/wake button on the side and the tablet won’t slide out of position. Even my wife is happy with the look of it! 🙂

You can see on the screen the Imperihome App I’m using. I’ve set it up with Thermostat control (which is now being used to drive my Nest thermostat), Temperature graphs, electricity usage meter, water pressure pump, and a couple of custom icons for the Christmas Trees. 🙂 the back end is a variety of different systems, all going through Node-Red running on a Up-Board.

Next step is to add a charging cable, I’ll leave that for another day. I’ll have to keep it neat, though, to keep everyone happy! 🙂

One thought on “3D-Printed Wall Mount for Home Automation Console”