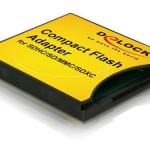 I recently got my hands on a very clever little device (and it IS very little) calle the Eye-Fi X2 Pro 8GB SD card. What this looks like is a standard SD memory card that slots into your digital camera. What’s clever about it is that it contains Wifi functionality that will wireless transmit your pictures from the camera as you take them. It’s amazing that they can pack that much functionality into a package that small.

The EyeFi X2 Pro cost $99 in Best Buy, and comes with it’s own SD to USB adapter, which is used to plug the card into your PC/Mac for initial configuration. This was all very straightforward, and the software installed easily. However, before I started configuring the card, it was prompting me to update the card’s firmware. After dozens of attempts (with “Firmware Update Failed” errors), I gave up and attempted to configure the card in “direct” mode, only to be told that this particular feature requires the latest firmware. So, I persisted with the firmware update, installed the Eye-Fi software onto another computer, and this time the firmware update worked flawlessly. I was then able to configure the Eye-Fi card in direct mode.

I guess I’d better explain what direct mode actually is. Normally, Wifi networks work around what’s called an “access point”. This access point is the centre of the wifi network, and all clients connect into this. So, if you’ve several laptops and desktops connecteded wirelessly, they all connect in to the central access point(s), and it’s this access point that allows the clients (laptops/desktops) to talk to each other.

It’s quite common that  Wifi hardware can only function in client mode, in that they need an access point  in order to connect to a network. Some wireless cards have extra functionality that allows them to BECOME the access point, allowing them to form their own wireless mini-network. This is the case with the new Eye-Fi cards (and the new iPhone 4, with it’s personal hotspot feature). The folks at Eye-Fi call this “Direct Mode”, so you can then have another device connect directly to it without the need for a separate access point. This is important when you’re out in the field (or even out in an actual field), and there’s no power, and no wifi network available, AND it cuts down on the hardware needed. All you need is your camera with it’s Eye-Fi, set the Eye-Fi into direct mode, and associate your client device to the network created by the Eye-Fi. I’ve used an iPad with an app called “Shuttersnitch” running on it.

So, Once I switch on my camera, a few seconds later the new wireless network appears. I then go into the settings on my iPad, and associate to the Eye-Fi wireless network. Then when I run Shuttersnitch, it will wait for incoming images from the camera. 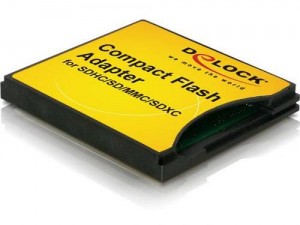 I’ve only tested this so far with a 7megapixel compact camera, I forgot to order a SD-CF adapter for my Canon 5d MarkII which takes Compact Flash memory cards, and it needs this adapter before I can insert the Eye-Fi card. With the 2mb files from the compact camera, transfers only took a couple of seconds. It’ll be a bit longer for the 5-15mb files from the 5DmkII. I guess I can always set the jpeg size to small for faster transfers/previews.

A feature of the X2 Pro version of the Eye-Fi is that it can be configured to transmit RAW files as well as JPEGs. This is fine if you’ve got a minute between shots, but for typcial uses I’d see people sticking to the small or medium JPEG option. If you’re in the habit of shooting several shots continuously, then you’d probably be better sticking to the smallest JPEG option, and let the full size RAWs stay on the card.

I realise the effective range will be reduced when I insert the Eye-Fi into a SD-CF adapter, but I’ll comment on that when the adapter arrives (it’s in the post at the moment). More to follow when that arrives….

Well, It’s now about 3 months since I initially got the Eye-Fi. Three CF adapters later, and I’ve finally found one that works with the Pro X2. It’s a D-Lock. I initially had the one shown above, then I ordered a PhotoFast CR-7000 because it was marked as UDMA, but that did not work either. I finally order a D-Lock adapter, and it works. So, I should have researched it properly. At least now it works. Well, works partially. When I use it live on a shoot, I find it too hit-and-miss. Far too unreliable for me to use in a real environment. So I’m going to sell on eBay.  I’ll stick with cable for now.

“You can learn from my mistakes!” 🙂